The most visible effect of global warming in Switzerland can be seen in the melting of the glaciers. In order to prevent climate change from causing even greater damage, in 2019 Switzerland committed to achieving net-zero greenhouse gas emissions from 2050 onwards. In doing so, Switzerland is complying with the internationally agreed goal of limiting global warming to a maximum of 1.5°C compared to pre-industrial times.

One of the biggest drivers of CO2 emissions is heating. In Switzerland, there are currently around 1.8 million heated buildings, which together account for about 45% of Switzerland's total energy consumption. Despite a steady decline in the use of heating oil, almost two-thirds of all buildings are heated with fossil fuels (oil and gas), according to the Federal Statistical Office. There is therefore still significant potential for achieving a CO2-neutral Switzerland.

An important step in this direction could be taken thanks to the Ticino-based start-up HeatNeutral. The company has set itself the goal of achieving completely CO2-neutral combustion of fuels with a new type of burner technology for heating systems. The newly developed heating system works particularly efficiently and achieves almost 100% fuel combustion. This means that less fuel is needed for the same output than with conventional systems, while keeping harmful emission output to a minimum. This is possible thanks to a revolutionary nozzle that produces ultra-small droplets of fuel. The atomisation of the fuel allows it to perfectly mix with air and be burned completely, resulting in extremely clean fumes.

The unique feature of the burner technology from HeatNeutral is its versatility. Beside fossil fuels, it also burns CO2-neutral oils such as vegetable oils, used cooking oils and biodiesel. With this cleantech solution, CO2 emissions can be avoided entirely, and waste products can be reused in the sense of a circular economy. The certified multi-fuel burner is a drop-in solution for existing heating systems, making it easy to replace them. 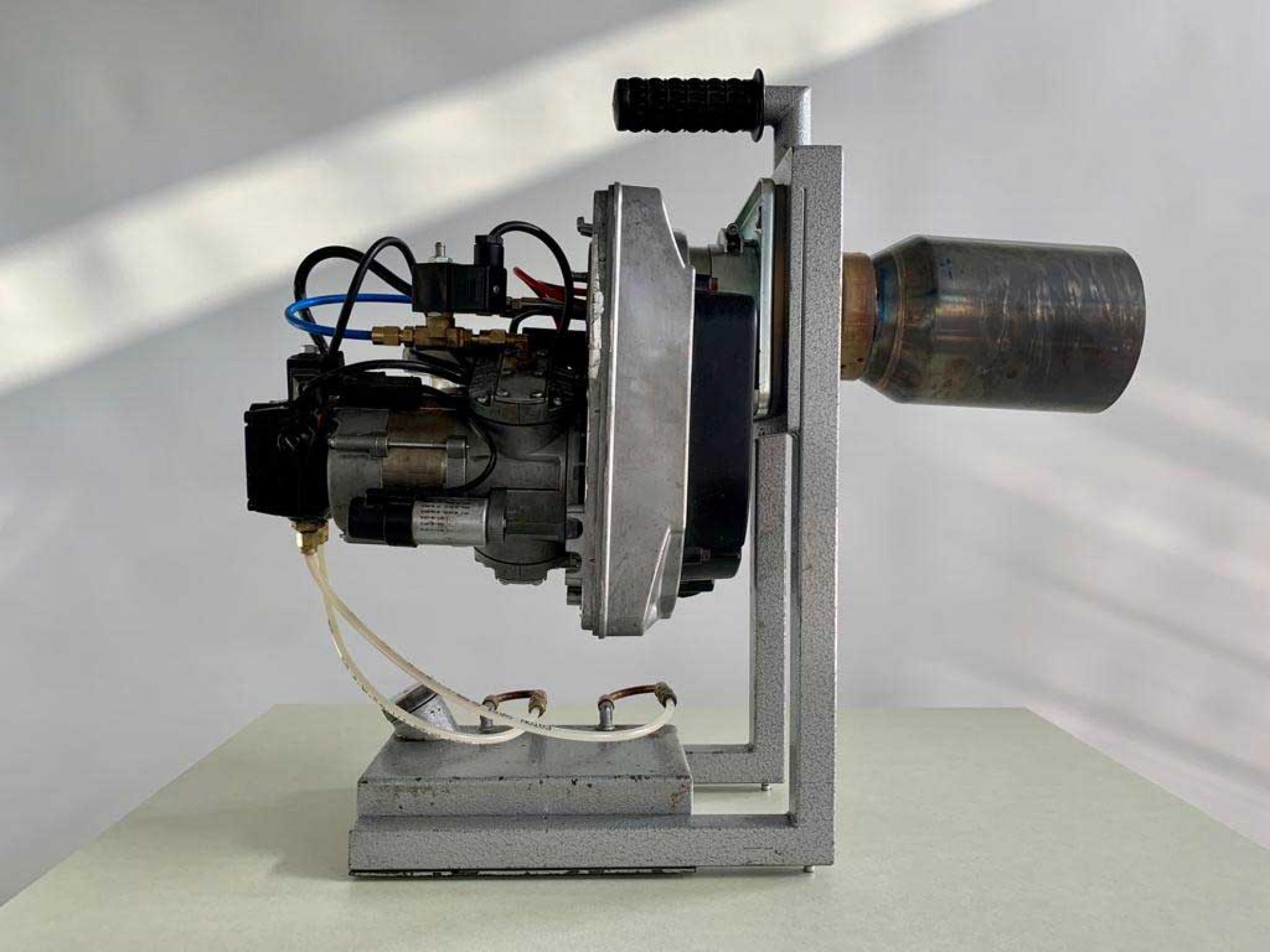 The burner technology from HeatNeutral.

In addition to being used for climate-neutral heating in buildings, the burner technology can also be applied in many other places. Holcim, for example, is currently reviewing whether HeatNeutral's sustainable combustion system can be used at their concrete production sites. In another pilot project, the Zurich energy provider Energie 360°, is testing the extent to which recycled cooking oil can be used as a heat source.

As part of the swisstech campaign, HeatNeutral participated earlier this month in Vivatech 2022, Europe's biggest start-up and tech event in Paris. Only a few months after the start-up was formed in 2020, it became a member of Kickstart Accelerator, followed in 2021 by the MassChallenge Switzerland accelerator programme.