A water-activated paper battery from Switzerland is one of the world's best inventions of the year according to TIME magazine. The biodegradable disposable battery points the way to environmentally friendly electronics. 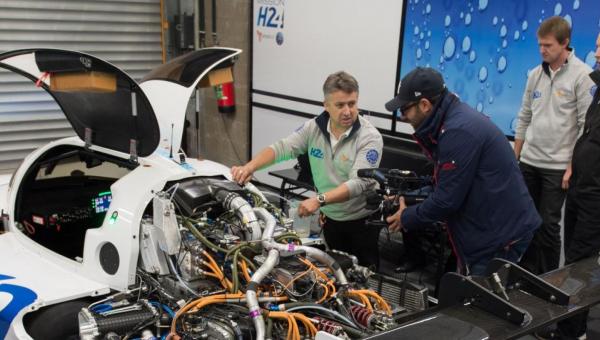 Every year for over two decades, TIME editors have highlighted the most impactful new products and ideas. This year's inventions include life-mapping artificial intelligence, diamonds made from excess carbon in the air, and the most powerful telescope ever – changing how we live, work, play, and think about what's possible. For the second time since 2009, when a Swiss biotech violin made the list of best inventions, a Swiss Federal Laboratories for Materials Science and Technology (Empa) invention has made it into the list of the best inventions of 2022 in the experimental category: a paper battery that is activated with water.

It sounds impossible: Just add water to a piece of paper and get energy

Water to release electrons on paper

The disposable battery is powered by a small piece of paper to which salt and ink containing graphite, zinc and carbon have been applied. If a small amount of water is added, as Empa explains in a press release, the salt contained in the paper dissolves, charged ions are released and the electrolyte becomes ionically conductive. This step activates the battery: the ions distribute themselves in the paper. This causes the zinc at the anode to oxidize and release electrons. When the circuit is closed, a small electrical device can be operated.

Two hours of constant power in proof of concept

The analysis of the proof of concept, published in July in Scientific Reports, revealed that after two drops of water were added, the battery within the paper activated within 20 seconds and, when not connected to an energy-consuming device, reached a stable voltage of 1.2 volts. The voltage of a standard AA alkaline battery is 1.5 volts. After one hour, the one-cell battery’s performance dropped significantly as the paper dried out. But after the researchers added two extra drops of water, the battery maintained a stable operating voltage of 0.5 volts for another hour. This way, the water-activated paper battery was able to power an alarm clock.

The paper battery can run low-power electronics such as the liquid crystal display (LCD) alarm clock connected to the battery.

I see a new role for paper…that could also be an answer to the growing environmental concern over electronic waste.

The director of the Cellulose & Wood Materials Lab at Empa, Gustav Nyström, is convinced that within two to five years, the technology could be used in power-saving disposable electronics such as medical diagnostic equipment and smart packaging. Making both paper and zinc and the other components biodegradable could significantly minimise the environmental impact of disposable, low-power electronics and lead to truly green electronics.

A contactless sleep lab for your home

A Swiss takes off for space