For a year, the Geneva-based company Exlterra worked on the site of the damaged nuclear power plant in Ukraine. With impressive results: the radioactive pollution of the air and soil decreased substantially.

The Swiss company Exlterra has dedicated itself entirely to technology for sustainable development. It wanted to demonstrate this on the occasion of the 35th anniversary of the Chernobyl nuclear accident in April this year – with success, as is now evident.

Its technology, the Nucleus Separation Passive System (NSPS), uses nothing but nature's own forces. The technology is based on particle and nuclear physics and is installed with the help of a network of underground tubes. Almost 5,000 of these tubes of different lengths were sunk into the ground at different depths over an area of one hectare in the Chernobyl exclusion zone. Their distribution followed a pattern that allows them to use the natural forces in the earth, such as gravity.

Our technology is already achieving what was considered, up to now, impossible to achieve. If you had left it up to nature, it would probably have taken decades to achieve a similar reduction in radioactivity.

After seven months of operation in the Chernobyl area, the first highly promising results were announced: the radioactive pollution of the soil decreased by an average of 37 per cent; that of the air by 46 per cent. The measurements were carried out by the Ukrainian SSE Ecocentre, which has been involved in environmental monitoring in the exclusion zone for decades. 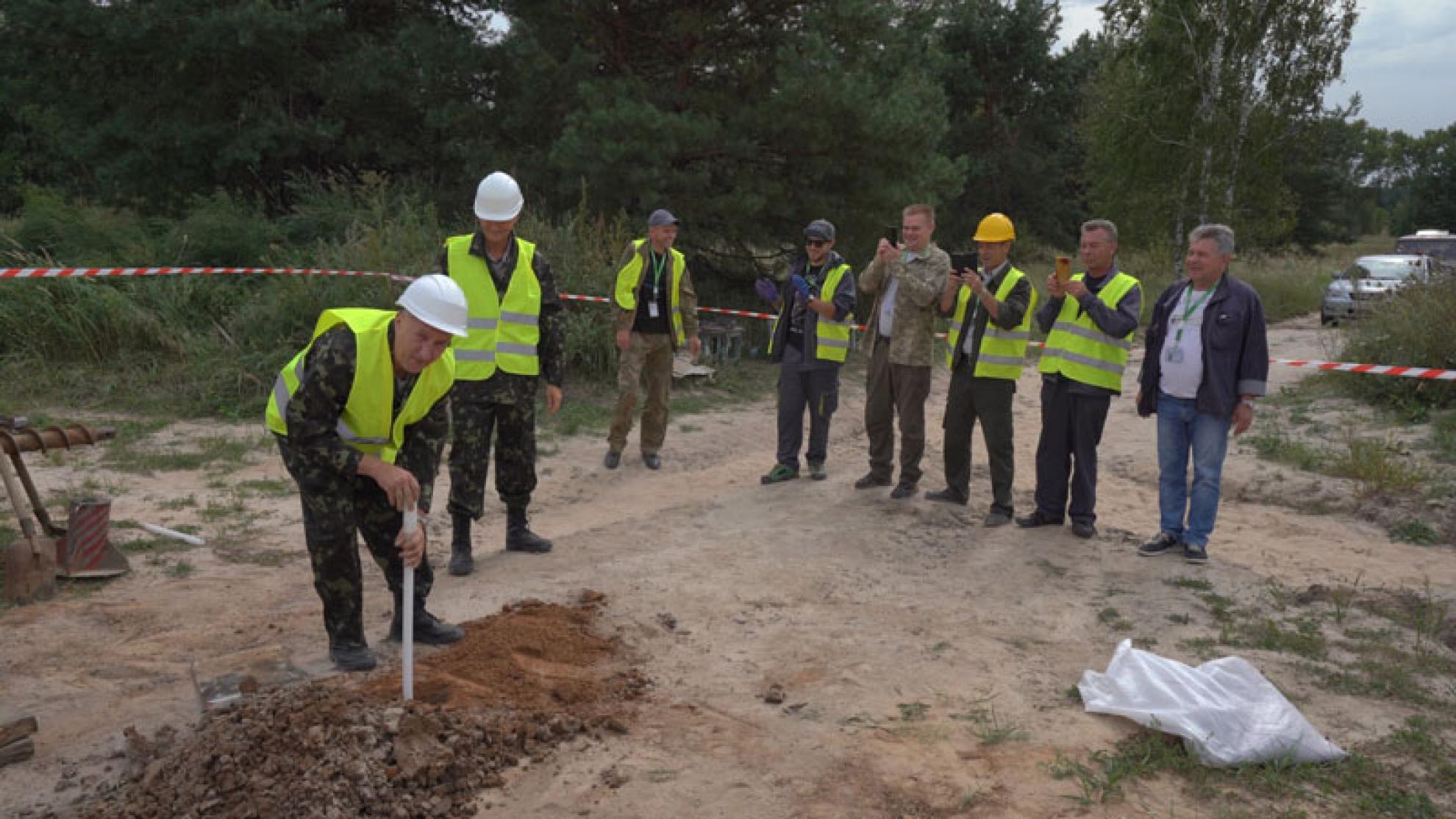 Andrew Niemczyk, inventor and president of Exlterra, installs the last of his NSPS tubes at the Chernobyl test site

How the NSPS technology works

NSPS technology uses scientific concepts from particle physics and nuclear energy. In particular, it uses high-speed particles, also known as positrons, to direct this natural force towards radioactive isotopes in the soil and break the bonds that hold them together. This is done safely below the soil surface in a network of tubes. No radioactivity is transferred to the soil or to the air. Once the positron comes into contact with the radioactive isotope, it excludes its electrons and returns to its original material.

According to the Ukrainian authorities this is the first time in 35 years that a technology of this kind has succeeded in reducing radioactivity in the soil and air so significantly.

The Swiss company estimates that thanks to their revolutionary technology it should be possible to reach a complete decontamination of the site within 15 years. The one-hectare area that has been used as a test site is expected to be free of any radiation pollution in soil or air within five years.

The decontamination of the Chernobyl radioactive zone is only the beginning for the Swiss company. According to its press release, the same solution can be quickly implemented at other problematic sites around the world, including Fukushima in Japan. The technology can prevent the discharge of radioactive water into the oceans and thus prevent a new ecological disaster.

Creating music through a wearable wristband