Have you ever heard of the Silicon Valley of Robotics or Drone Valley? This is where brilliant minds create a variety of drones for use in the fields of solar energy, computer vision, environmental protection, and mapping. Located between Zurich and Lausanne, Drone Valley is the most advanced place in the world for developing and implementing almost any kind of drone.

ETH Zurich and EPFL are among the best universities in the world and well known for their high-level research in the fields of robotics and drones. Within the walls of these two leading universities for technology, algorithms and programs for flying robots have been developed over several decades. This explains why talented developers and engineers are now working in over 80 drone-related start-ups based in Drone Valley between Zurich and Lausanne.

The heart of Drone Valley

Nowadays, Zurich is world-famous for drone core technology development – autopilot, sensors and software. Many technological solutions for drones have been created in Drone Valley. ETH Zurich doctoral candidate Lorenz Meier and his team were among the first to put Switzerland on the drone industry world map when they started to develop an open-source autopilot system in 2009. The software enabled drones to fly around obstacles, determine optimal routes, and control their overall flight with little or no user input. Since the open-source software, PX4, was made available to the entire drone community, it has rapidly become the standard worldwide.

From first drone to 'fly, see and touch'

Swiss drones are used to rescue people in avalanches, for mapping and surveying purposes, to inspect large areas, to access inaccessible places, and to produce sustainable wind energy. In 2004, Lausanne hosted the world’s first free-flying OS4 quadrotor drone, which was created by Autonomous Systems Lab at EPFL. Thanks to the trailblazing OS4, many new developments in this area have followed.

Combining the advantages of multicopters and fixed-wing aircrafts, Wingtra is able to take off and land vertically on one spot while still offering the high endurance needed to cover large areas with a professional grade payload. The company, which is based in Zurich, is the undisputed global leader in drones of this type and employs over 80 people. 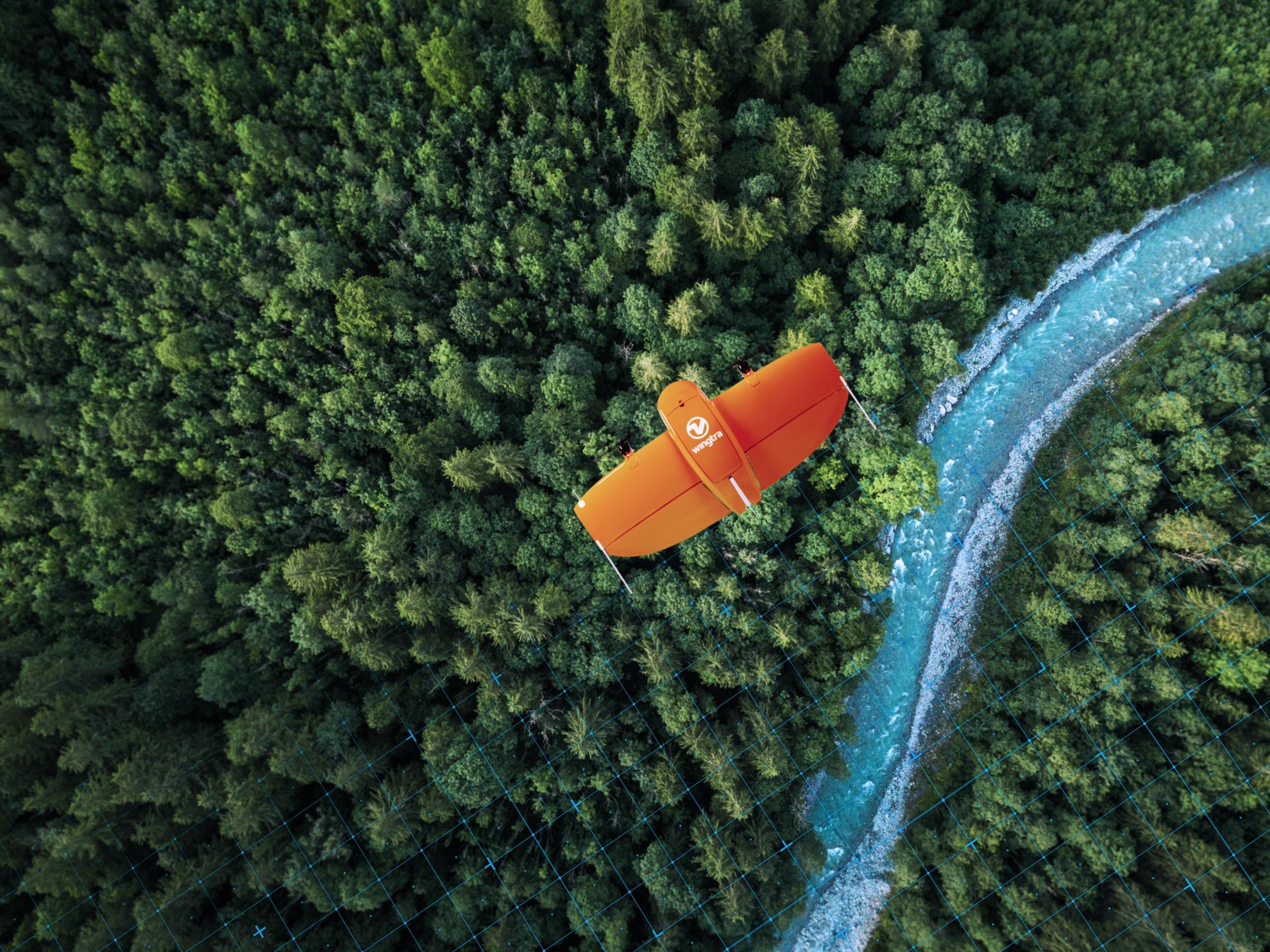 A Wingtra drone mapping a large area of land

The flagship of the Swiss drone industry is senseFly, with its ultra-light drone used for mapping purposes. The drone, which is the result of 6 years of research by the Laboratory of Intelligent Systems at EPFL, can automatically survey an area of up to 10 square kilometres in a single flight while recording high-resolution aerial images. Such images are transformed into precise and up-to-date maps that deliver great added value to surveyors, mining site managers, farmers and land managers.

In the early stages of senseFly, the team succeeded in mapping the entire Matterhorn mountain, demonstrating the system's wide range of potential uses.

One recent breakthrough in the drone industry is Voliro T, which has expanded the abilities of service drones from 'fly and see' to 'fly, see and touch'. Voliro T can inspect curved and sloped surfaces, for instance pipes, at 360°. The flying robot was developed in Zurich in 2019 to facilitate the inspection of areas where it is difficult to perform high-altitude work safely and efficiently.

Thanks to the legislative environment created by the Swiss government for the development and creation of robotics systems, success in this area has spread around the world. The federal government is in constant contact with the robotics industry, promoting the development of robotics, while regulating the integration of drones into airspace.

The Home of Drones website presents some of Switzerland's most successful drone projects and explains why Switzerland is at the forefront of this field.

1,000+ solutions for a more sustainable future